Welcome to my favorite place on earth: Stratford-upon-Avon! This is where William Shakespeare, often nicknamed “The Bard”, was born and lived for most of his life and, finally, is buried. It is the most beautiful and friendly town I have ever laid eyes upon. Every street corner is lined with charming cottages and overflowing bookstores and the breeze from the Avon River makes the weather nearly perfect year round. Quaint little tea shops are dotted across the streets and alluring gardens filled with roses, lilies, and tulips greet you at every corner.

(The front-view of Shakespeare’s birthplace)

(The back-view of Shakespeare’s birthplace and garden) 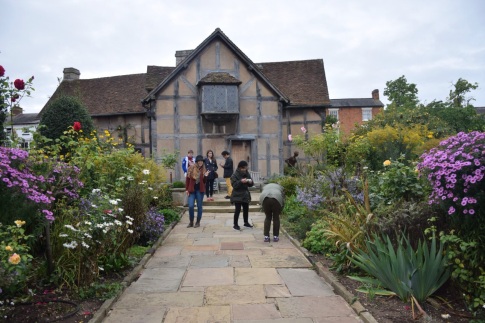 (The back of the house and the garden pathway)

Inside Shakespeare’s childhood home you can see the room and the exact bed where William Shakespeare was born and almost every piece of the house is original, with the occasional refurbishing. My favorite part of the house is an elevated nook that holds the desk in which Shakespeare did much of his writing.

(The desk in which Shakespeare spent most of his time writing) 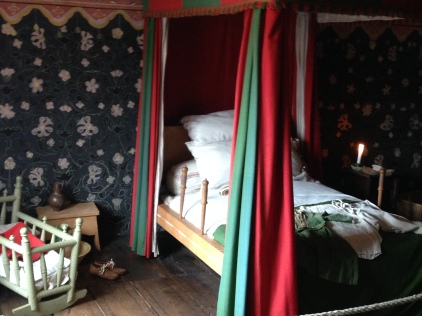 (Shakespeare’s parents’ bed and his crib as a baby)

In addition to the homes of Shakespeare and his wife, Anne Hathaway, there are also many other attractions and sites to see in this little town. One of the most famous is the RSC Theatre (Royal Shakespeare Company). Many famous British actors and actresses began their acting careers at the RSC, including David Tennant who plays the 10th Doctor in Doctor Who. You can also take a short walk to the church named Holy Trinity, in which William Shakespeare was baptized and buried. Although there are no official records of his exact birthday, it is commonly speculated that Shakespeare was born on April 23rd in 1564 and died on the same day in 1616. At the church, you can see the original paper records of Shakespeare’s baptism and death.

(One of the church’s stained glass windows) 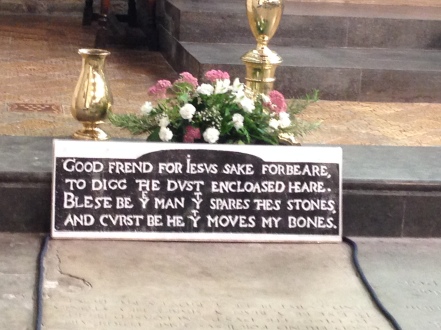 (The original records of Shakespeare’s baptism and death) 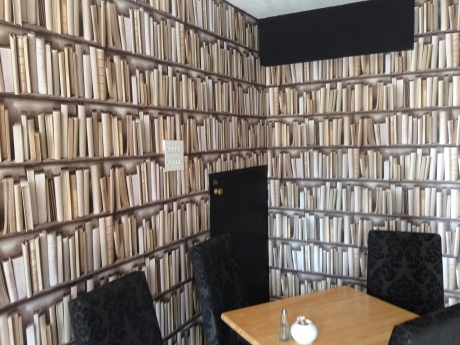 (The inside of a tea shop/cafe) 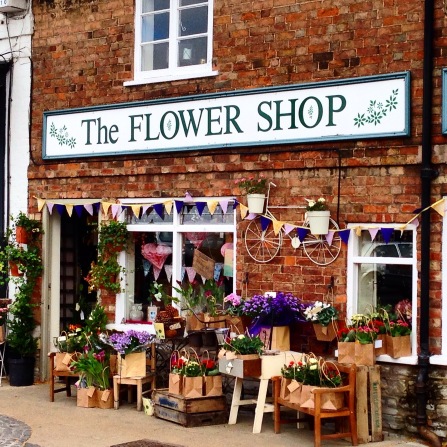 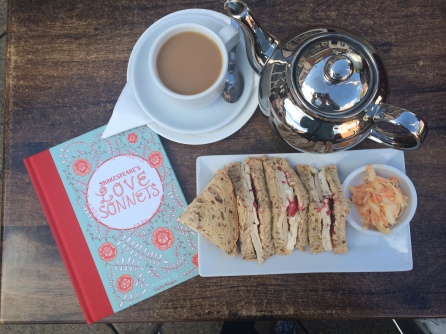 It is not hard to guess the literature recommendations that I have for Stratford-upon-Avon. Of course, the answer is the works of William Shakespeare himself. If you have not read Shakespeare before, I highly recommend that you do so. In case you did not know, Shakespeare is considered the greatest writer in the English language. His writings can appeal to anyone depending on your interests. If you are a romantic, I recommend reading some of his sonnets or Romeo and Juliet. If you like mystery and tragedy, I suggest that you try out Hamlet or Macbeth, which are my two personal favorites. There are also comedies such as A Midsummer Night’s Dream and Twelfth Night. His writings also created, or at least popularized, many of the sayings that we still use today like “Dead as a doornail” (Henry VI), “Heart of gold” (Henry V), and “Kill with kindness” (The Taming of the Shrew).

I hope you all enjoyed seeing some of the beauty of my favorite place in the world! I also hope that I have inspired you to start planning a trip to visit this breathtakingly beautiful town or pick up a book of Shakespeare and dive into some of the most wonderful works of literature. Thanks for reading!

**All pictures were taken by me**

One thought on “Stratford-Upon-Avon”